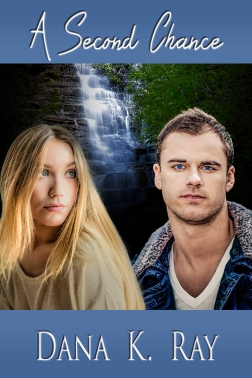 Raven will do just about anything to forget a horrific event from the past that still haunts her. Forced to attend church because of a promise she made at a party, she is immediately attracted to the young, handsome preacher, but is unconvinced of his promises of a better life.

Matthew has everything planned out until Raven walks into his church and turns his life upside down. Repulsed by her lifestyle, yet fascinated by her beauty and charm, he finds himself drawn to her by a force he can’t explain.

Raven and Mathew’s unlikely friendship leads them through escalating troubled waters that threaten to doom their growing relationship. Will they survive to learn valuable lessons of grace, forgiveness and love? 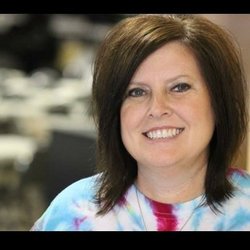 When did you first know you wanted to be a writer?

Always. I felt odd because I always had movies playing in my head. I was so concerned with it that in college I wrote a paper on “fantasy thoughts” because I wasn’t sure if it was normal. I was a stay-at-home mom which gave me the chance to write my books down. Now, I am a full-time children’s minister at my church, which I love, and a writer in the evenings and weekends.

What do the “movies in your head” look like?

Very vivid. I see the characters in color but the fun of it, is I can change things. I can watch a scene and if I don’t like it, I mix it up. I do this until I love the scene then I go write it down.

When did you first start putting your stories on paper?

I won my first poetry contest when I was in 5th grade, 1976. A very basic, five-line poem. (you can go to danakray.com to read it) I’m not a poetry writer so I find it funny that that’s what I wrote, entered and won first place. In college I’d write thoughts, short stories but when computers came out in 1994, I wrote the book, Absolution.

So A Second Chance wasn’t the first book you wrote?

No. A Second Chance was the second book I wrote but the first one to be published. Funny how that worked out. I’ve had a couple articles on the Internet published that I got paid for.

Were any of the characters based on real people or your own experiences?

All the characters are purely fictional. I did draw from my own experiences. I’ve been touched by one friend and two family members that have fought Leukemia. I’ve also experienced the effects of suicide four times in my life, from a close friend’s attempt to three friends/relatives that accomplished it. Although fiction, some of Raven’s feelings were therapeutic for me to write about. Suicide is never the answer and I’d plead with anyone thinking about it to please, please, please reach out for help. Your life is SO important and you are loved more than you can even imagine, even if you don’t feel like it.

Oh yes, and I have been Raven and Matthew. I’ve felt people were too judgmental of my past actions and I’ve been too judgment towards other people. That’s the awesomeness of our God. With repentance, He’s forgiving of everything. And as we grow closer to Him, we become more forgiving of other people.

Where can I buy A Second Chance or contact you?

I love to connect with my readers and aspiring authors. You can go to my website danakray.com, amazon.com or eLectiopublishing.com to purchase my book. If you buy from my website, I’d be happy to send you a signed copy. While at my website, you can signup on my email list so you can receive news, updates, blog posts and new releases. I’d also love to hear from you

Absolution is the first book in the Luciano series and comes out in July of 2017. It’s about two brothers, one woman, and one bullet. Absolution is a fast read with mystery, love, devotion, fun and you might find a murder or two.